Choosing to Return After 60 Years Seeking Treatment in Japan

Mrs. Toshiko Yamasaki (85 years old) immigrated to the US when her husband Katsuo (87 years old) was transferred there. She lived there for many years and brought up two grandchildren.
However, she was diagnosed with dementia five years ago, along with liver cancer.
In March 2017, Katsuo decided to return to Japan after 60 years in order for her to receive better treatment.
After returning to Japan, they started a new life in a residence for the elderly in Kanagawa prefecture. However, Toshiko's condition declined and she entered hospital.
She is bedridden, and as her condition declined, Katsuo began to agonize. "My decision to take her back to Japan from the US where sons and grandchildren are living may have been wrong."（9:47）

One reason Mr. and Mrs. Yamasaki decided to return to Japan was the sale to a private company of the retirement home for Americans of Japanese descent where they resided. The institution, previously operated by a nonprofit organization, would likely have cut its Japanese-speaking staff to save expenses. In addition, as nursing care services are expensive in the US, they anticipated a decline in service.
After returning to Japan, Katsuo visited Toshiko in the hospital twice a day and said, "Here they provide critical care. After so much hesitation, I now think it was good for her to come back to Japan."
They’re hoping that she will continue receiving the same level of care.（8:39） 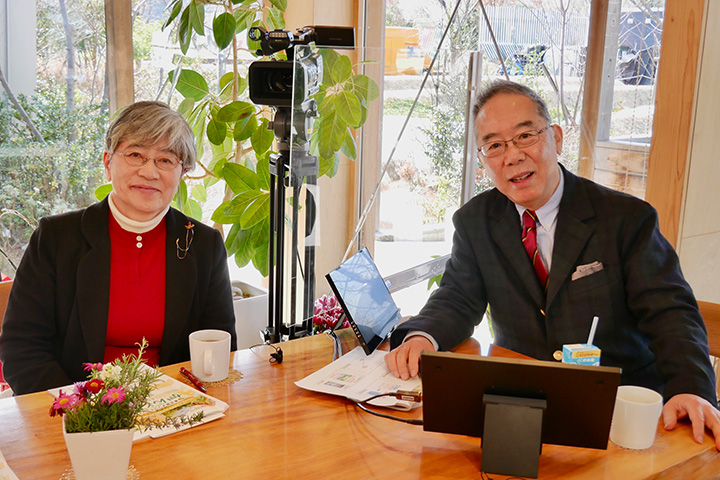